This is a story of a 7-year-old-boy afflicted by cancer whose wish is to have a “real dad” for Christmas. Richard Plotkin, one of the four founders of Grandparents in Action, is again showing us all what the word “Action” really means.

Somewhere in the title of this article lives a hackneyed joke, but the truth is that all the items fit together like pieces of a puzzle to form what is unfolding as a beautiful story of humanity at its best. Or at least I hope they do. We think about the holiday wishes of our children and our instinct is to try and fulfill them as best we can. Some wishes though, like those of a child facing an uphill battle with brain cancer, are more difficult to process and provide no matter what the season or the amount of magic in the air. This is the improbable story of a young boy in New Jersey fighting for his life and for a “real father.” It is also the sad reality of the devastation created by childhood cancer, and the acknowledgment that sometimes our dreams and wishes do not always come true. 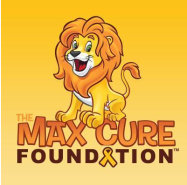 It was business as usual for our team at the Max Cure Foundation in early December of 2016. The Max Cure Foundation is a nonprofit 501(c)(3) childhood cancer organization that funds research, provides financial assistance to families in need while their child is undergoing treatment, and advocates for legislative and regulatory change for children with cancer. We call the family financial assistance component of our mission the Roar Beyond Barriers program, and the mascot of the foundation is Lion Max. (The Lion).

One special component of our Roar Beyond Barriers program is dedicated to supporting military families with a child battling cancer. Early one morning, an email trickled in from one of our families in the program. (The Soldier and Children with Cancer). The child,

currently battling a deadly form of brain cancer, is a 7-year-old boy stationed on a military base with his family. This boy though, one of the unlucky 15,780 children diagnosed with cancer each year in the United States, had a very special wish. The boy’s father, a sergeant in the army, sought any kind of reinforcement to support his family’s battle in a theatre of war composed of oncologists, nurses, chemotherapy and fear. Enter Richard Plotkin, Vice Chairman of the Max Cure Foundation. (The Lawyer).

Richard spent his entire career as a litigation lawyer for a large regional law firm. His retirement from the full-time practice of law came following the diagnosis of his grandson, Max, who is the namesake for the foundation. Following Max’s diagnosis in 2007 with a rare form of cancer, the Foundation was formed as a way to give back and help other families as they struggle with the devastation of childhood cancer. Despite being a hardened lawyer, all jokes not aside, Richard roams this earth dispelling Shakespeare’s famous line in Henry VI about the Butcher’s desire to “kill all the lawyers.”

This boy’s wish surrounds his relationship with his father, the Sergeant. The Sergeant is not the boy’s biological father. The Sergeant married the boy’s mother when the boy was just a toddler and is the only father he knows. The child’s biological father is incarcerated and has had no involvement in this boy’s life. He is aware that the child is fighting cancer and also that the situation is dire. When the boy was able to still verbally communicate, he articulated one wish: that his stepfather, the Sergeant become his “real father” and officially adopt him. (Part of the Christmas Miracle).

The Sergeant, on his own and with little help, filed papers in Family Court to adopt the boy. The court provided a hearing date in February 2017. Not a long time down the road ultimately, but it stood as a lifetime away given the current state of the boy’s fight. A conversation ensued between Richard and the Sergeant and a mission was born. (Another component of the Christmas Miracle). With Christmas quickly approaching, and the boy’s 8th birthday the day after, the lion, the soldier, the child with cancer, and the lawyer began a quest for a miracle: to accelerate the adoption proceedings as quickly as possible and grant the boy his wish.

Lawyers were hired by The Max Cure Foundation to help the Sergeant, and the biological father was advised of his right to contest the petition. At the same time, a desperate dash, by Kevin Healy, Max Cure’s Program Coordinator, to move the Sergeant’s FBI Background Check through the government channels at a speed never before witnessed became part of the sprint. With a little help by Congressman Tom MacArthur from the Sergeant’s district and a member of the Armed Forces Committee, more stars aligned. (Congress and another part of the Christmas Miracle).

The biological father technically has until December 21 (today) to object to the court granting the adoption and the boy’s wish. Otherwise, on December 23, 2016 this story culminates with a Christmas miracle, and the granting of a complex wish from a boy facing a relentless enemy. And so it came to pass one December in the year 2016 that the lion, the soldier, the child with cancer, the lawyer and congress came together to improbably seek a Christmas miracle. 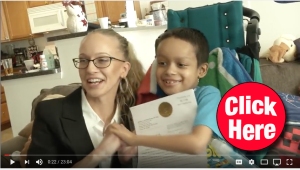 Of course, there is one more miracle that stands paramount to them all I wish the boy could be provided. It is the miracle that forms the basis of the work that the Max Cure Foundation and so many other childhood cancer organizations work tirelessly for on a daily basis. This story’s chance for a perfect storybook ending would only be complete with the boy living a long, healthy life. A life that is free from the complications of the toxic treatments that have thus far proven unsuccessful. Sadly, childhood cancer continues to be the number one cause of death by disease of children in the United States each year. Sadly, those children who do survive their original

diagnosis often suffer life-long acute health problems, including secondary malignancies and early death. I do believe that miracles happen. I am also unfortunately aware that far too often they do not. This January, it will be six years since the miracle I prayed for never materialized and my own 4-year-old daughter took her last breath as a result of a brain tumor. In the end, if there was one miracle we at the Max Cure Foundation could provide this boy, it is pretty clear what that would be. Until that time our work continues in earnest.

The legal fees paid by the Max Cure Foundation on behalf of the Army Sergeant and our little friend have added up and we are asking for your help. If you would like to contribute to this Christmas miracle you can make a tax-deductible donation HERE.