As Max Cure Foundation, a 501 ( c ) ( 3 ) nationally registered non-profit corporation whose overall mission is to advance the cause of childhood cancers, approaches the tenth 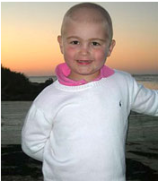 anniversary since my grandson, Max Plotkin, then age 3, was diagnosed with a rare form of cancer, stage 4, never before seen by Memorial Sloan Kettering Cancer Center (MSKCC), I have had the opportunity to reflect on the past 10 years. My reflection starts with my email to friends, colleagues and relatives on May 3, 2007, which began, “Today Max is 4 years old, yesterday he was diagnosed with cancer.” As of that time, at the age of 63, I was at the prime of my career as a litigation attorney at a regional law firm, looking forward to the next several years until my retirement. I was looking forward to spending more time with my wife, children and grandchildren and honing up on my golf game. My successful legal career was 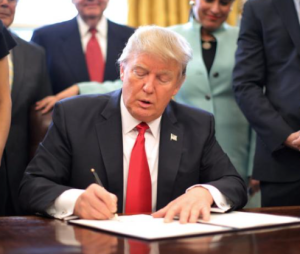 underscored two months ago when I received a call from a former client who worked at a large international bank and who in 1992 referred Donald Trump to me to represent him in connection with a real property tax appeal on one of his casinos in Atlantic City. I tried the case to conclusion for Mr. Trump and in 1994 received one of the largest, if not the largest, refunds ever obtained in New Jersey as of that time resulting from a tax appeal (several millions of dollars). My former client in our conversation of two months ago (his bank had liens on most, if not all, of Mr. Trump’s properties, including his four casinos in Atlantic City) told me that but for me, Mr. Trump probably would not have been elected President of the United States in that the Judgment I had obtained for him in 1994 caused the bank to continue to work with Mr. Trump in an effort to work-out the loans rather than to call the loans – which, I was told by my former bank client, could not at the time be paid on a timely basis. 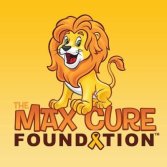 In any event, my life’s goals changed on May 3, 2007. My family formed the Max Cure Fund at MSKCC to provide the seed funding and beyond for an Immune Cell Therapy Lab using T-Cells. The lab was to treat children and young adults, among others, that did not respond positively to standard cancer treatments. As of December 31, 2008 the Fund had reached $285,000. It was in December 2008 that MCF was formed and it was as of year-end 2008 that I retired from the practice of law to devote the balance of my life to curing kids with cancer and to addressing the needs of their families as they faced a parents’ (and grandparents’) worst nightmare, a child/grandchild with cancer. As of December 31, 2016, MCF has contributed over $1.3 million to research, $925,000 of which was to fund the lab at MSKCC (our goal is to reach $1.0 million by December 31, 2017, with an ultimate goal of $5.0 million to the lab). MCF has also since inception become a major factor in the area of advocacy before Congress and in the public domain generally, including raising awareness of the needs of childhood cancer. The latter has been accomplished through myself and MCF’s Executive Director, Jonathan Agin, also a retired trial lawyer who was impacted by a child with cancer (his daughter, Alexis, passed away at age 4 from a rare form of cancer that is considered terminal). 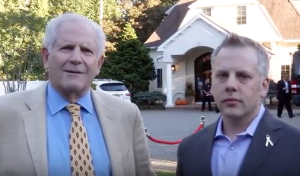 It was in November 2011 that MCF formally formed its family assistance program known as Roar Beyond Barriers (RBB) that was intended to assist low income families battling cancer in their children by providing them with gift cards on a monthly basis to buy necessities such as food and clothing (medical expenses for these families were covered either by Medicaid or through the respective hospitals’ unreimbursed expense program for those receiving charitable medical services). The need for the program was borne in my mind during the spring of 2011 when I was told of a comment made by Harold Freeman, MD, the Chairman of the Ralph Lauren Cancer Center in Harlem, that of the 600,000 deaths from cancer annually in this country, 200,000 of those deaths are preventable. I wondered how many of those 200,000 deaths were of children with cancer whose parent(s) were considered “low income.” Following a meeting with Dr. Freeman, MCF formed the RBB program. MCF had previously financially assisted a family in East Hampton New York battling cancer in their 9-year old daughter (the parents were both teachers in the East Hampton school system) by giving them a percentage of the net proceeds from fundraisers MCF held in East Hampton during the summers of 2009 and 2010. MCF readily recognized how those funds made a positive difference in the family’s lives as they fought the disease that afflicted their daughter who sadly passed away from the cancer in December 2010. The RBB program has since expanded from ( a ) assisting low income families to forming programs for families identified as follows: ( b ) military families; ( c ) within the military families category, families of special forces soldiers; ( d ) families of First Responders, including those working for the police department, for the fire department and for the Port Authority of New York and New Jersey; ( e ) families of children considered 5-year survivors of cancer but who are among the 32% of those 5-year survivors (currently there are over 130,000 of such families in the United States) who experience chronic and severe health related side effects from the treatment for their cancers and from the cancers themselves; ( f ) families of Young Adults – ages 20 to 39; and ( g ) families considered special circumstances not included in any of the stated categories. The RBB program continues to include giving those families whose children are in active treatment and included under the programs identified in ( a ), ( b ), ( c ) and ( d ), above, monthly gift cards (at Walmart and Sam’s Club). In addition MCF provides for environmentally friendly household products and other goods and services to be delivered to those families on a periodic basis and also, on occasion, assists those families in the event an emergency arises where funds are needed. Moreover, MCF established what it calls an Angels Fund which provides up to $250 to a family for funeral expenses for those children in the RBB program who die.

To date, with respect to the RBB programs identified in the preceding paragraph, MCF has contributed over $500,000 to its family assistance program by helping over 120 families nationwide in over 19 states and the District of Columbia whose children were/are treated in over 25 hospitals. There are currently over 45 families receiving monthly gift cards to Walmart and Sam’s Club whose children are in active treatment for their cancers included in paragraphs ( a ) through ( d ), above.

I want to thank all those who have made the past ten years the most fulfilling of my life, including those employed over that period by MCF and those who volunteered their services to us during that ten year time frame. Most importantly, though, I wish to thank our many donors who made the above possible.